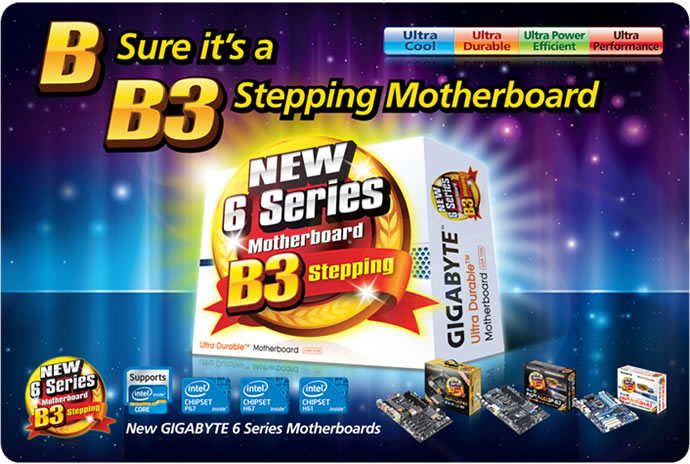 Taipei, Taiwan - February 25, 2011 - GIGABYTE TECHNOLOGY Co., Ltd, a leading manufacturer of motherboards, graphics cards and other computing hardware solutions, today announced that they have begun shipping the totally redesigned GIGABYTE 6 series motherboards featuring the new Intel® B3 stepping chipsets. Motherboards are expected to be available as early as next week, when shipments start to clear customs offices in markets around the world. 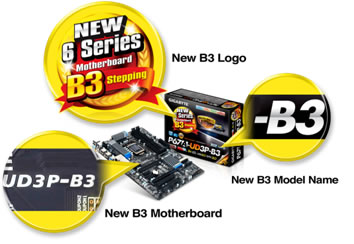 The new B3 version GIGABYTE 6 Series motherboards have been totally redesigned and renamed so that they can easily be distinguished from the older B2 versions through the signature "B3" at the end of the model name. For example, the GA-P67A-UD7 has been replaced by the GA-P67A-UD7-B3 and the GA-H67A-UD3H has been replaced by the GA-H67A-UD3H-B3. The new model name is highly visible on the retail box, PCB, in the BIOS at start up and on applications such as the GIGABYTE 6 Series SATA Check utility and CPU-Z. 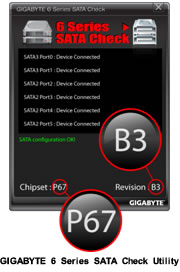 Another way to identify a B3 stepping chipset motherboard is to look for the motherboard model name as the PC boots.


The new B3 version 6 Series motherboard packaging features a large B3 Stepping logo that users will easily be able to identify. 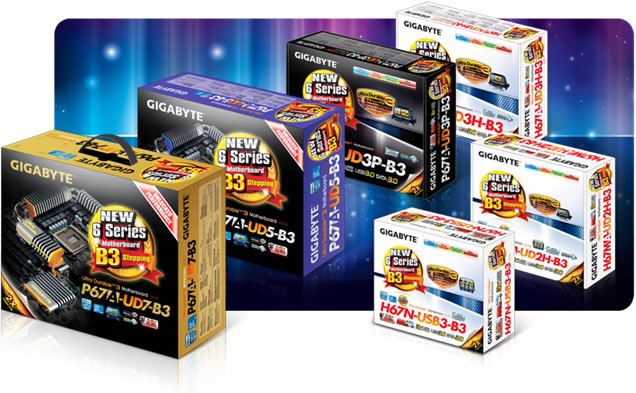