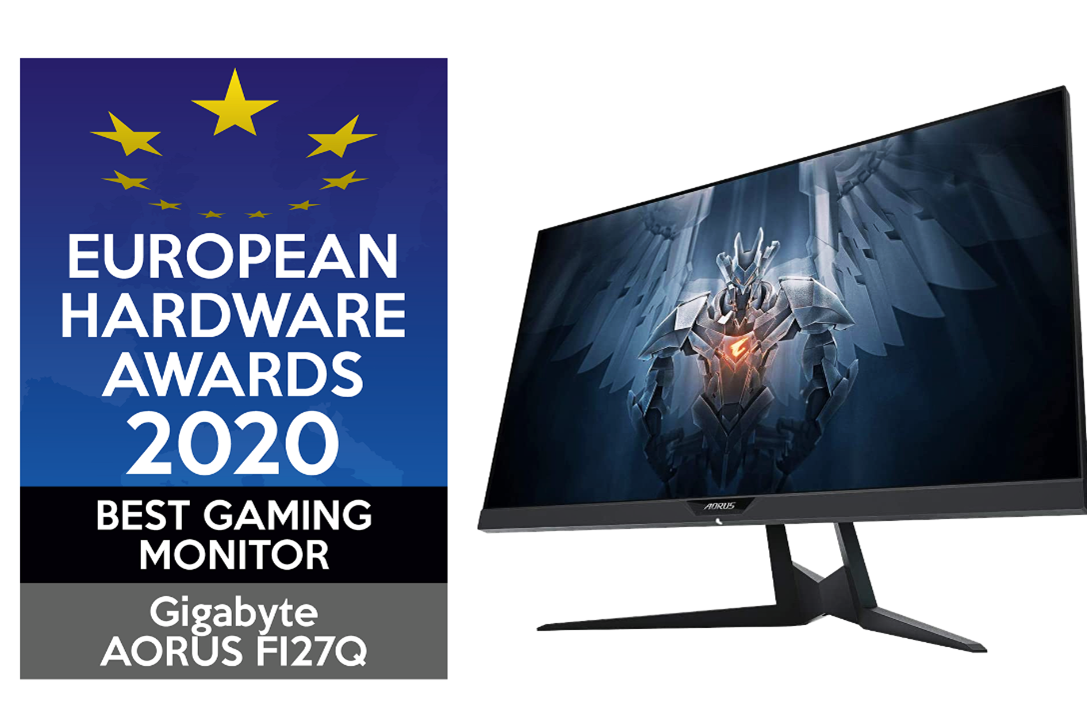 Taipei, Taiwan July 23rd, 2020 – GIGABYTE TECHNOLOGY Co. Ltd, a leading manufacturer of motherboards and graphics cards, launched the AORUS FI27Q gaming monitor during Gamescom 2019. Ever since the product launch, it has been a hot topic among gamers and numerous positive feedbacks were received about the outstanding performance and phenomenal tactical features. Today, AORUS FI27Q proved itself as not merely a fancy piece of tactical equipment for gamers, but also a masterpiece in the perspective of industrial design granted by the European Hardware Awards 2020.

The European Hardware Association was founded six years ago by a group of the largest and most influential independent hardware review sites across the European region. The award brings together over 100 of Europe’s top journalists to decide on the very best hardware being sold across the continent. GIGABYTE is thrilled as a newcomer in the gaming monitor field to be chosen as the best gaming monitor by professional technical editors.

The AORUS FI27Q is the premium in gaming monitors, featuring fast response time 1ms and 165Hz refresh rate eliminating screen tearing and blurring. The appearance is carefully designed with digital RGB LED lighting, a full-function stand, thin bezels, and a built-in power board; all symbolize the signature of AORUS gaming monitor lineup. The monitor also meets the VESA DisplayHDR 400 with 10 bits image processing and 95% DCI-P3 standards, allowing gamers to embrace the splendid display quality. Along with AMD FreeSync​™ technology and G-Sync Compatible which synchronizes the panel’s refresh rate and GPU frame rate, the monitor offers smooth and judder-free gaming.

On top of the fantastic panel specifications, the tactical features are the reasons that make the AORUS FI27Q stand out from the others. The exclusive Active Noise Cancelling, Black Equalizer, and GameAssist features all bring gamers a brand new notion on what gaming monitors can provide.

Crave for more information about the AORUS FI27Q gaming monitor? Check it out on the AORUS official website!