The Smartest Creator Laptops Have Gotten Even Smarter!

The world’s first Microsoft Azure AI notebooks, GIGABYTE’s AERO series laptops are equipped with artificial intelligence that detects the use of applications and collects configuration data of processors, graphics, and fans. Learning from the Azure cloud-based database, the AI automatically optimizes the laptop’s configuration to offer a stable and comfortable work environment for creators, thus eliminating the need for manual configurations. With Intel® Core™ i9-10980HK processors, NVIDIA GeForce® RTX 2080 SUPER™ graphics cards, and improved AI, the new laptops receive a significant boost in performance, executing 3D rendering on Cinema 4D 30%* faster than the previous generation could.

One of the creators currently using AERO 17 HDR for their creative works is Mark AJ Nazal, an Emmy Award-winning visual effect artist involved in the productions of famous TV series including Lucifer and Westworld. Nazal stated that his AERO laptop is fitted with a processor and graphics that boost his work efficiency by enabling him to conduct a fast preview in the editing software, and that the portability of the laptop allows him to work efficiently on the road. 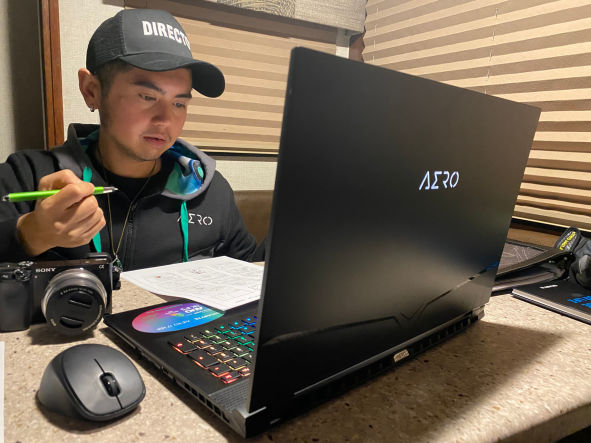 “I knew the color was off for the longest time and DaVinci Resolve actually stopped working on my PC for some reason,” said Sylvia Ray, independent filmmaker, direct, and screenwriter, “until I got my hands on AERO 15 OLED, I was able to see clearly what was working and what was not, and make the adjustments I needed to make. When I had my final export for the pilot, editing the trailer was a cinch and took less than a minute to export I believe.”

AERO series laptops are the first to be fitted with a Samsung AMOLED display, which not only supports 100% DCI-P3, a standard gamut for digital contents, but also conforms to VESA Display HDR 400 True Black standard. Compared to LCD, which supports sRGB gamut, AERO’s display is able to show 25% more color and details. All displays are Xrite™ Pantone® certified and calibrated with professional color calibrators. Whereas most manufacturers only test samples, GIGABYTE insists on calibrating every single display to ensure that every AERO laptop shows the most accurate color to its user. 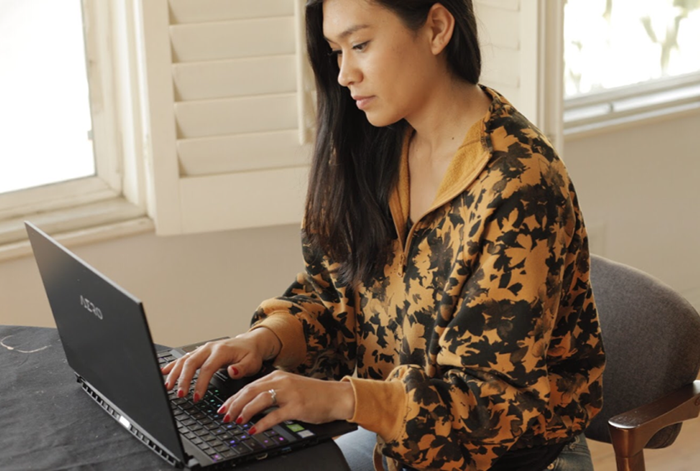