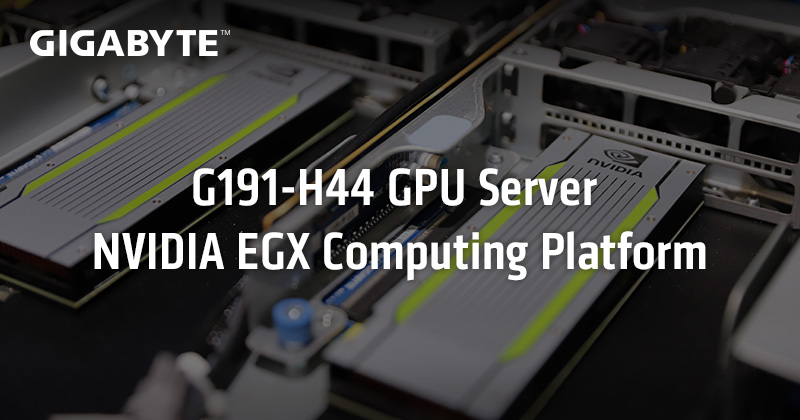 October 22nd, 2019, Taipei, Taiwan - GIGABYTE’s G191-H44, a 1U 4 x GPGPU server powered by NVIDIA’s EGX platform, has been updated with new capabilities and features for easier and more secure deployment and management at the edge. The capabilities include Redfish 1.0 support for remote management and TPM 2.0 support for remote security, as well as supporting NVIDIA EGX stack for ease of deployment that make G191-H44 a powerful computing platform for edge AI.

NVIDIA EGX is a new platform that brings the power of accelerated AI to the edge with an easy-to-deploy cloud-native software stack, and is available on GIGABYTE’s G191-H44 GPU server. The platform integrates an optimized hardware offering, including NVIDIA T4 accelerators and Mellanox networking devices together with NVIDIA EGX Stack, a software offering built for ease of installation.

One of the greatest challenges with deploying at the edge is IT management – including edge server operating system installation, Kubernetes deployment, and device provisioning and updating. NVIDIA’s EGX platform simplifies and streamlines this process and is designed to be easily integrated together with leading third-party ISV Kubernetes orchestration platforms like Red Hat OpenShift.

GIGABYTE’s G191-H44 is one of the first servers validated as an NGC Ready for Edge system. Designed to accommodate four NVIDIA T4 accelerators, the G191-H44 can be adopted as an EGX platform to create an “on-premises AI-cloud in a box” that can be deployed as an edge server or as part of an edge micro data center, and provide powerful inferencing capabilities in locations where real-time answers are needed – in stores, hospitals, manufacturing plants and cities.

NGC-Ready servers like GIGABYTE’s G191-H44 are built to be used with NVIDIA NGC (NVIDIA GPU Cloud), an online, free to use platform (and with optional enterprise-grade support) which features GPU-accelerated containers, a container registry and software for deploying and running these containers. 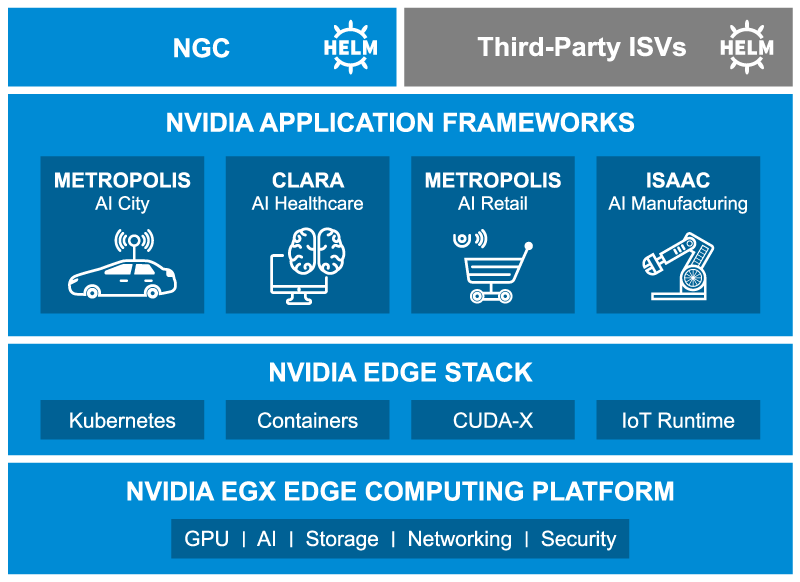 To be validated as an NGC Ready for Edge server, GIGABYTE’s G191-H44 has passed additional security and remote system management tests and met important requirements for edge deployment, allowing NGC containers to be quickly and easily deployed onto remote servers to run inferencing and other GPU-accelerated workloads.

Get started today deploying real-time AI at the edge with GIGABYTE’s G191-H44 server powered by the NVIDIA EGX platform, which will be showcased along with more systems for AI and deep learning, HPC and other accelerated workloads in GIGABYTE’s booth at next month’s premier event for high performance computing, SC19. Please visit us at SC19 from November 18 to 21 in Denver, Colorado, United States at Booth 671.