In the Quest for Higher Learning, High Density Servers Hold the Key

A top technological university in Europe noticed rising demand for computing services across its various departments. It decided to build a next-generation data center with GIGABYTE's high density servers. With the right tools in place, scientists were able to accelerate their research, analyze massive amounts of information, and complete more data-intensive projects. Science advanced while the institute flourished. 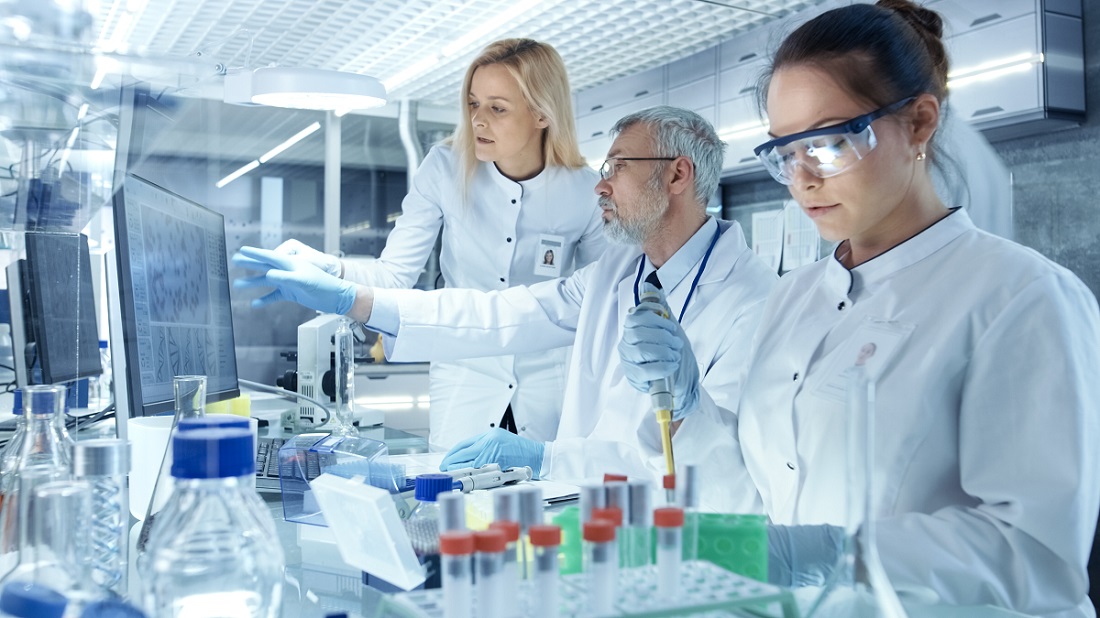 Big data analytics applied to scholarly pursuits gives academic research a technological boost.
Thinking Outside the Box: GIGABYTE's Industry-Leading High Density Servers
In August of 2019, GIGABYTE led the market by announcing the H262 Series of High Density Servers, bringing the next generation of AMD EPYC™ processors to customers around the world. The H262 Series was the first to support up to 64 cores per CPU and up to 280W TDP. At the time of its release, it featured the highest density of any air-cooled server available on the market. Its impressive computing power and reliability amazed competitors and clientele alike, making it the natural choice for many High Performance Computing (HPC) system integrators, as well as the go-to solution for building a data center. 《Recommended for you: The EPYC Rise of AMD's New Server Processor》
Faster Servers Can Propel Academic Research to New Heights
One such client was an illustrious European technological university. As a research university, its strength is in fields of study that include engineering science, biochemistry, natural science, civil engineering, and mathematics. The academy is the alma mater of many renowned scientists; its contribution to the pursuit of knowledge is undisputed. Its researchers are supported by the large-scale simulation laboratory and data center available on the campus, which cements the institute's position as a champion of scientific research.

In recent years, as computing technology continued to progress, it became imperative for the university to build the tools to process large quantities of data on very short notice. The university elected to establish a next-generation data center to upgrade its research capabilities and fulfill the demand for high performance computing. 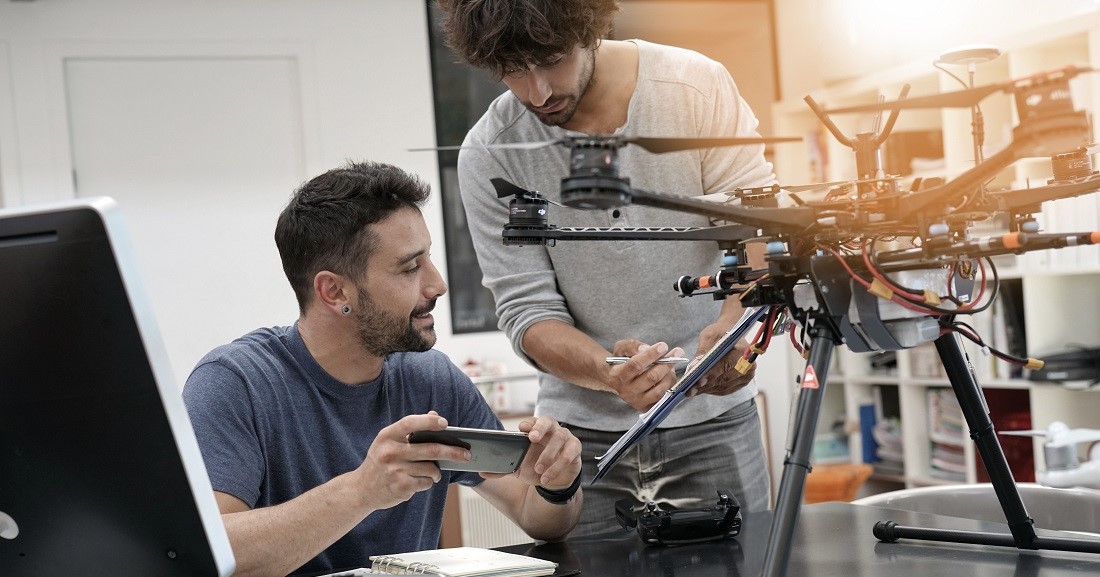 With next-generation data centers, it is now possible to quickly complete data-intensive computing tasks that are necessary for scientific research and data analysis.
Every Inch Counts: the Benefit of High Density Servers
The technological university selected GIGABYTE's H262-Z63, the High Density Server specially designed for supercomputers. Within a narrow 2U chassis, eight 64-core AMD EPYC™ processors were installed to take care of the data center's intense workload with cutting-edge computing power. Complex and extensive computing tasks or data analyses, which are sometimes required by academic research and experiments, could be completed on very short notice or within a limited period of time. The transmission performance of the I/O ports and the digital bandwidth were also improved. As a result, the security of processors, applications, and data was greatly enhanced.《Recommended for you: About GIGABYTE's High Density Server Series》

The chassis of the H262-Z63 houses both the fan system and the power supply, reducing energy consumption and cost of maintenance. The in-built Chassis Management Controller (CMC) monitors the four nodes simultaneously, resulting in less Top of Rack (ToR) cabling and switch connections. This helps to make the entire server easier to manage. The performance and computing power of a single H262-Z63 is nearly that of four standard 1U servers. However, it needs only half the space; it reduces power consumption by 4% and the number of power supply units by 75%; and it lowers the overall number of cables (including for power and 1GbE connection) by 56%. The customer's total cost of ownership is cut drastically as a result.

The H262-Z63 Series of High Density Servers can engage in high performance computing in a very limited amount of space.
High Density Servers Showcase Peak Performance and Optimal Reliability
In terms of system control, a High Density Server with four nodes in a 2U chassis is much more complicated than a 1U server. GIGABYTE combined innovative research and development with in-depth experience to help the processor achieve around 4.2 TeraFLOPS (one trillion floating point operations per second) in the LINPACK benchmark for HPC. This record-shattering performance outstrips competing devices in the same class.

The H262-Z63 performed excellently thanks to three technological breakthroughs:
1. Structural and system design
■ The interconnected motherboard and optimized design solve the problems of high-speed data transfer and high power consumption.
■ The back-up power supply makes it possible for all four independent nodes to remain in stable operation even if one power supply should fail, increasing the system's overall reliability.

3. Hardware design supplemented by software calibrations
■ Hardware configurations such as memory cards and network adapters are selected according to user scenario.
■ Software settings such as BIOS and BMC can be adjusted to optimize system performance. For example, the temperature, power consumption, and effectiveness of individual components can be monitored. System workload can be cut down by shutting off non-operational components.
GIGABYTE Management Platform and Software Give Customers Bigger Savings
GIGABYTE Server Management (GSM) is GIGABYTE's multiple server remote management software platform, available as a free download for all of GIGABYTE's server products. Customers can remotely manage their servers to reap the benefits of two outstanding features: A. the Baseboard Management Controller, which supports the latest Redfish® API-Application Programming Interface; B. upcoming support of Open Source, which will be available for adoption and updates at any time.《Glossary: If you don't know what a Baseboard Management Controller (BMC) is, find out here》

When it comes down to it, GIGABYTE's High Density Servers provide excellent computing performance while maximizing data transfer rates. Not only can they deal with the heavy workloads of a research institute's data center, they are also recommended for other diverse scenarios, such as the computer facilities of small and medium enterprises, deep learning and machine learning, big data analytics and storage, and the construction of hyper-converged infrastructure (HCI). Because of this, GIGABYTE's High Density Servers are the number one choice for clients from various different sectors.

GIGABYTE Servers Become Part of the German Aerospace Center’s Data Center
When the German Aerospace Center (Deutsches Zentrum für Luft- und Raumfahrt, abbreviated as DLR) wanted to expand their data center, they searched for servers that could operate smoothly in an ambient temperature of 40°C without the need for air conditioning. GIGABYTE’s server team provided a solution from its High Density Server product line that combined computing, storage, and connectivity in a single system. The High Density Servers are equipped with liquid-cooling technology to run without a hitch in high-temperature environments, enabling the data center to efficiently process an enormous amount of space-related research data in the limited space available.
Server HPC Server Farm

What is a Server? A Tech Guide by GIGABYTE
In the modern age, we enjoy an incredible amount of computing power—not because of any device that we own, but because of the servers we are connected to. They handle all our myriad requests, whether it is to send an email, play a game, or find a restaurant. They are the inventions that make our intrinsically connected age of digital information possible. But what, exactly, is a server? GIGABYTE Technology, an industry leader in high-performance servers, presents our latest Tech Guide. We delve into what a server is, how it works, and what exciting new breakthroughs GIGABYTE has made in the field of server solutions.
Immersion cooling Software-Defined Storage Machine Learning

GIGABYTE 5G and Edge Solutions at MWC 2021: The Servers of Choice for Taipei Music Center, ITRI and New Taipei Police, NVIDIA Aerial SDK
GIGABYTE’s E-Series Edge Servers are the highlight of MWC Barcelona 2021. This product line is the fruition of GIGABYTE’s long history of providing 5G and edge computing solutions for key clients, including Taipei Music Center, which wanted to stage VR concerts, and ITRI and New Taipei Police, which needed to maintain order during the Pokémon GO craze. The E251-U70, the first model in the E-Series, exemplifies industry know-how and design philosophy distilled from previous success cases. It has been chosen by NVIDIA to be part of its Aerial Developer Kit.
Edge Computing 5G NFV(Network Functions Virtualization)

Spain’s IFISC Tackles COVID-19, Climate Change with GIGABYTE Servers
By using GIGABYTE, Spain’s Institute for Cross-Disciplinary Physics and Complex Systems is pitting the world’s foremost server solutions against some of the world’s most pressing issues, including the effects of climate change, the effects of pollution, and the COVID-19 pandemic. GIGABYTE servers are up to the diverse and daunting tasks, because they are designed for high performance computing, intensive numerical simulations, AI development, and big data management.
Machine Learning Deep Learning BMC
SHARE VIA
Back to top
Email Sales